Kenny’s Lakes Area Auto Experts is now part of The Detroit Garage Auto Family. You are being redirected. 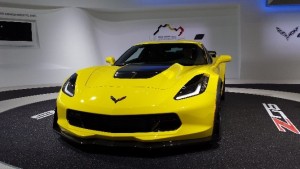 This auto show is a popular venue for automakers to unveil new product launches for the year ahead. For 2015, there are about 40-50 potential launches anticipated during the two days of Press Preview (January 12 and 13).

Not only is the Detroit Auto Show an opportunity to announce new vehicles, it’s also a venue to showcase the most impressive vehicles found across the world. An estimated $6 million worth of exotic vehicles will be on display at the auto show at the COBO Center in Detroit, Michigan.

This year marks the 27th anniversary of this NAIAS international event. According to their press release, “NAIAS is among the most prestigious auto shows in the world, providing unparalleled access to the automotive products, people and ideas that matter most, up close and in one place.” 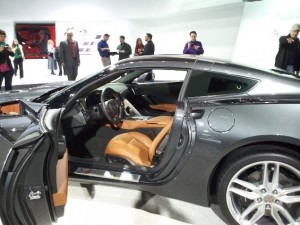 The event also attracts big names in the auto industry, with more CEOs and VIPs attending than any other auto show in North America. Large automakers regularly choose this venue to make special announcements.

In its 27th year, the 2015 Detroit Auto Show is the first to include a “Technology Showcase” which will feature new products, the integration of technology in vehicles, and new high-tech advancements for automobiles in the year ahead.

Stay up-to-date on the latest developments from the NAIAS Detroit auto show – follow us on Facebook to join the conversation about this exciting auto event!

Categories: In The News

We are open and clean!

We want to communicate the precautions we are taking to protect our valuable clients and our staff, including sanitizing our waiting areas, restrooms, counters, keys, and vehicles as our technicians exit them. We are committed to take extra precautions and do everything imaginable to protect you, our team, and to sustain the trust you have placed in us.

Additionally, we want to remind you of the number of ways we can maintain your vehicles with little or no direct human contact, including but not limited to key drop off, payment by phone, and coordinating vehicle pick-ups. Please call us at 248-668-1200 to find out about other ways we can help.

We will continue to closely monitor any additional recommendations from the CDC and our local government, thankful we are considered “essential services” to remain open to care for our customers.

Each and every one of us is deeply grateful for the chance to continue to earn and keep your trust and loyalty, and thankful that you have chosen our family to take care of yours.